Founder Of The
28TH INFANTRY ASSOCIATION

Ed was the face, the voice, the heart and soul of the 28th Infantry Regiment for over 4 decades. 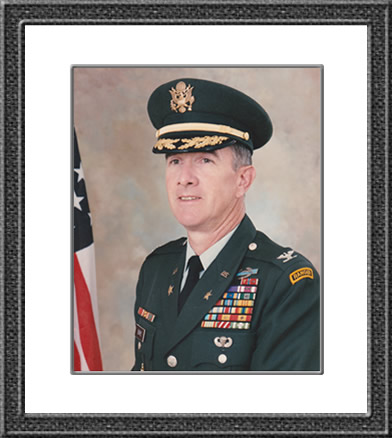 A 1961 graduate of Boston College, Col Burke entered active duty in January 1962. He was a decorated combat veteran (VN) and served with the 1st Infantry Division. He spent a second tour of duty as a Military Advisor to the South Vietnamese. In 1982, Col Burke graduated from the US Army War College in Carlisle, PA.

In 1972 Col Burke established the 28th Infantry Association which he tirelessly maintained as President. For the past 10 years, Col Burke had also served as the Executive Director for the Society of the First Infantry Division working to perpetuate the memory of the 1st Infantry Division, US Army and to honor the service and sacrifice of its soldiers and units.

Col Burke will be interred with Full Military Honors at Arlington National Cemetery on November 15, 2010 following an 8:45am funeral Mass at The Old Post Chapel, Ft. Myer.

In lieu of flowers contributions may be made to the 28th Infantry Association, or to the Society of the First Infantry Division. Both are non-profit organizations.

It all started about forty years ago. My memory of the early years may be lacking in places but I will do my best.

As you know, Eddie served with the First Infantry Division in 1966/1967. We were stationed at Fort Bragg with the 82nd Airborne after a tour in Germany when he volunteered for duty in Vietnam without my knowledge. I had no idea where a place called Vietnam was. So, off he went and on arriving, he was sent to Lai Khe. He said that year was the best experience of his life because of the close friendships developed in a unit of a Division who left no man behind.

He was sent back as an advisor within a year and like many of his compatriots returned with a need to come to terms with the horrors of war and try to find some normalcy in his life.

Consequently, it was not until April, 1971 that he attended his first Officer’s Dinner which was, in those years, held in New York. He had “gone on the wagon‚ on the first of April so you can imagine my apprehension when he announced he was going to New York for the weekend!! Stag, no less!! But he arrived home safe, sound and sober though very disappointed and upset. There were no Black Lions at the dinner other than himself and one other man who I think was Fred MacKay. It was there that he learned there was no Association for the Black Lions.

And that’s where it all began. He decided something had to be done and figured he had to do it. I’m sorry to say that I don’t know the particulars on how he found out what was required to form the Association or who he needed to talk to in order to make it happen. All I can tell you is in 1972 the 28th Infantry Association was born. He worked for a year, initially, trying to locate former Black Lions. We searched phone books from states he knew some of the men called home and made numerous phone calls. Once a Black Lion was located, we sent out a letter to him to officially notify him of the formation of the Association and asked him to join.

This article was originally published in the Summer 2011 Edition of the Lion’s Pride Newsletter.